Ontario’s food processing sector is huge, as its boosters will be quick to tell you. Food and Beverage Ontario estimates food processors contribute $26 billion in GDP to the province and employ 125,000 people—compared to the provincial government’s estimate of just over 100,000 jobs in auto making, for example.

There’s just one problem: everywhere from slaughterhouses to vineyards, food processors need new workers to replace a greying workforce.  FBO has found that butchers, winemakers to millwrights are all retiring faster than they’re being replaced by young workers—and have been since at least 2005.

“You talk to many processors, even from boots on the plant floor to food scientists, we’re getting a little long in the teeth,” says Norm Beal, chief executive officer of Food and Beverage Ontario. “We’re getting older, and we haven’t gone out there to recruit new people.”

To that end, FBO is working with schools like Guelph University and Conestoga College to find ways to entice young people into the parts of the business where young workers are in highest demand.

With some recent successes under their belt—including a program at Brock University that started in 2005 and now exports graduates to wine regions across the world—Food and Beverage Ontario hopes that they can draw young workers into other parts of the sector. They’ll be unveiling a strategy to grow the food processing labour force this fall.

Beal says that’s not as simple as offering higher wages to workers (the first prescription from economists when an employer claims a labour shortage.) He thinks the industry also needs to market itself to young people more: the industry is clustered around the GTA but lots of Toronto residents could be totally ignorant of a relatively low-profile sector.

“I think our industry has ignored the need to re-tool as we grow and innovate,” Beal says. “You look at other sectors, especially the tech sector, they’ve managed to make their industries sexy.”

The government wants to see those job numbers grow even higher: in 2013, Premier Kathleen Wynne (who was also agriculture minister) challenged the broader agricultural industry to add 120,000 jobs by 2020. Half of that, it’s hoped, could come from the food processors.

Other regions of the country have a problem hanging on to labour in their food processing businesses, but Ontario’s problems are worse simply because the cluster in the GTA is so much larger than elsewhere in Canada. Ontario, for good or ill, also doesn’t have the “problem” Alberta had, until recently, of a booming oil sector eager to pull labour away from less lucrative jobs.

“Part of it is that some of the jobs are difficult or unskilled, but we’re finding a recruitment challenge even at the high end of the industry,” says Rene Van Acker, associate dean of the Ontario Agricultural College at Guelph University.

To try and tackle that problem, the college and food processors have identified particular food programs that already exist in Ontario universities and colleges where enrollment could be increased, or that could be expanded.

Van Acker’s seen firsthand that it’s hard even to recruit potential students into the kinds of studies that would graduate future professionals in the food sector.

“Our food science program is growing but it’s relatively small, and we constantly hear from the sector they’d like us to expand the program. But we’re finding it hard to recruit, because a lot of students aren’t even aware that food science is even a thing.”

Van Acker points to one of the unsung economic benefits of the food sector: it’s proven to be relatively immune to recessions—even when the economy takes a dive, people still need to eat.

“If you look at the crisis in 2008, the agriculture and food sector didn’t crash,” he says. “It may not be skyrocketing, but it also doesn’t crash. It just continues to grow.”

Beal says what’s true for the economy is true for individuals, too.

“I think a lot of young people these days are much more focused on solid, sustainable careers that will allow them to buy a house and raise a family. I think our industry hasn’t adapted to those changes,” says Beal. “They can’t even get boots on the ground to keep growing.”

At the same time, a generation that’s more conscious of their food—where it comes from and what went into it—actually presents an opportunity for the province’s food processors. Beal asks, jokingly, “Have you been in the barbecue sauce section at a grocery store these days? It’s like Vintages at the LCBO!”

“We’ve got tons of start-ups riding on the back of consumer demand for local, artisanal food, but the challenge they’ve got is finding people who can take them to the next level.“

Who grows, sells and cooks your meals, and how can their jobs be made better? Each day this week, TVO.org will explore an issue on the intersection of food and labour in Ontario. 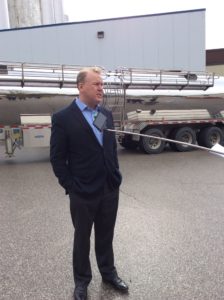 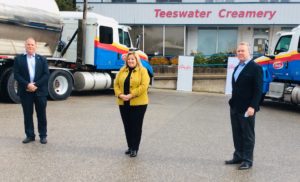 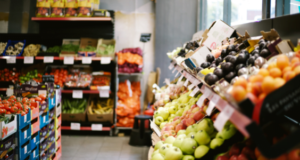