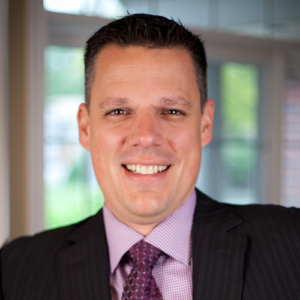 While attending Ryerson University for the Hospitality and Tourism Program, Del Rollo discovered his passion for food and wine. After several service and management positions at various dining establishments throughout the Greater Toronto Area, Del began his nine year career with the Four Seasons Hotel in the heart of Yorkville. He worked his way up the ranks from food server to certified wine sommelier then to assistant manager at the renowned Truffles (Toronto’s only five-diamond restaurant). It was there, Del realized his future was with the ever-burgeoning Ontario wine industry.

In August 2000, Del was invited by Donald Triggs and Dr. Allan Jackson (founders of Jackson-Triggs) to join them in launching a state-of-the-art wine production and hospitality facility in Niagara-on-the-Lake. As manager of hospitality, they knew Del would create an experience second to none by raising the bar and offering a new level of customer satisfaction. With a well-established knowledge of fine wines and superior guest services experience, Del was a natural choice and played a pivotal role in seeing the doors to Jackson-Triggs Niagara Estate open in July of 2001 with enormous success.  Since then, Del has held a variety of positions within Arterra Wines Canada and currently is responsible for Jackson-Triggs Niagara Estate, Inniskillin Winery and Industry Relations.  Del sits on a variety of industry committees and is also currently the Chair of the Winery and Grower Alliance of Ontario as well as Vice Chair of the Board of Governors of Niagara College.

Del has a very busy family life with 3 sons, Connor(17), Sean(15) and Walker(11).  His wife Lisa is an accomplished chef and they enjoy many family activities.