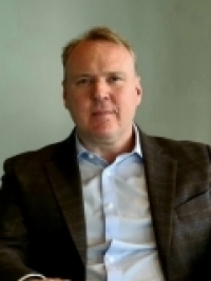 He has worked in industry associations since 2004, initially in roles related to government relations and stakeholder relations. Chris has spent the past ten years as president of an industry association, which includes three years as President of Concrete Ontario which represents 80% of the concrete production in Ontario. More recently, he was CEO of Career Colleges Ontario which represents 240 private post-secondary colleges and 45,000 students.

His experience includes full budgetary responsibility, implementation of strategic plans, staff management, IT management as well as dealing extensively with legislative and regulatory issues before municipal, provincial and federal governments.

In addition, he served on numerous public and private stakeholder groups as well as other not-for-profit boards and industry councils. He has served on the Ontario Business Advisory Council and Workforce Development Council of the Ontario Chamber of Commerce, Chaired the Concrete Council of Canada and was Vice-Chair of the Canadian Ready-Mix Concrete Association as well as ex-officio on the Boards of the Concrete Ontario and Career Colleges Ontario.

Chris has been a spokesperson for the past 16 years, with media experience going back over 20 years. His has also been a panellist and speaker at numerous conferences in Canada and internationally. This includes making deputations in front of all three levels of government: municipal, provincial and federal.

He also worked on Parliament Hill for six years. During that time, he worked with legislative and regulatory issues for MPs and Ministers including in the office of the Deputy Prime Minister of Canada.

He holds a Masters of Business Administration (MBA), a Bachelor of Laws (LLB), the Canadian Securities Course (CSC) as well as the Institute for Corporate Directors (ICD) not-for-profit governance program. Chris is fluently bilingual in English and French.